by Hindu Media
in Health, Religion
0

Tablighi Jamaat, a radical Islamic group with hardcore Wahhabi Sunni Islam interpretation, held large gathering in the name of Markaz with more than 5,000 people moving in and out for this event from 1st week of march to third week of march in Nizamuddin, Delhi which is one of the densely populated areas with many slums nearby. Indian Muslims from various states participated in the event. Few bigots especially from the leftist media and radical Islamic guys stated spreading fake news that Markaz was held only on 13th to 15th March before the announcement of the lock down which is not correct and shows how idiotic and biased these journalists can be. Fact is that these notices were issued on 13th March by Delhi government, not to gather in large numbers. Inspite of this, this event was held in a old building without prior permission for so many people in a densely populated area.

Conglomeration of people from all over the country started during the first week of March and over 1500 people stayed till 29th of March in the Jamaat head quarters building. Only half of the people returned back through railways as per their travel details and Delhi government has no trace and information on others who came by buses or cars or by other means. Many Foreign nationals especially from Indonesia, Malaysia, Saudi Arabia, Kyrgyzstan participated in the event, which were the hot bed of the virus before it spread into India. Infact, the Tablighi Jamaat has also been held responsible for having spread the virus to half a dozen nations in its February gathering in Malaysia. These foreign nationals were on tourist visa but they were doing religious preaching which violates the visa norms. Also these foreign nationals were held up in the Jamaat building inspite of repeated requests from Law enforcement agencies and Health agencies to reveal all foreign incoming people details to the nearby government authorities.

Radicalization and idiotic behavior of these followers was such that 1574 Markaz attendees were held in the same Tablighi Jamaat building and did not vacate the building inspite of repeated requests and warnings from Delhi police and Health authorities till 29th March night. It was vacated after the intervention & personal visit of National Security Adviser, Mr. Ajit Doval’s on 29th March and many people sent to quarantine. Delhi state government do not have any record or clue on how many of these are Covid-19 positive other than the attendees who left prior 23rd March.

If we do not call this as plain stupidity in the name of Allah and Islam by orthodox and radical people, what should we call them. Because of this stupid act, people across India who participated in this event started testing positive for Covid-19 from places like Andaman & Nicobar Islands to Assam where in no positive cases where reported earlier. Ten of these people died, including the Jamaat’s Kashmir head and many are in the process of attaining Jannat. It was requested by State and Central government including the Prime Minister of India that every one who participated in any large gatherings should come forward and self quarantine themselves but these Muslims did not follow the orders and intermixed with the local population making it hard to identify and quarantine who had come into their vicinity or proximity. Because of them entire innocent Muslim population has to face the ire and hatred in social media platforms.

Some events have made this hatred spread like wild fire and being called as Corona Jihad:

These Maulanas or preachers of organisations like Tablighi Jamaat and their followers are a bigger threat to Islam, Muslims and Humanity as a whole. They are worst and more dangerous then the Corona Virus itself. These idiots and bigots have forgotten the fact that Holy Mecca, Madina and Kabba in Saudi Arabia are quarantined. So do these Muslims in Saudi Arabia and the King who happens to be the Holy protector of Mecca and Madina do not know anything about Islam and Quran. And only the radical preachers and fundamental Islamist’s in India are the only protectors of Islam and know about Quran. 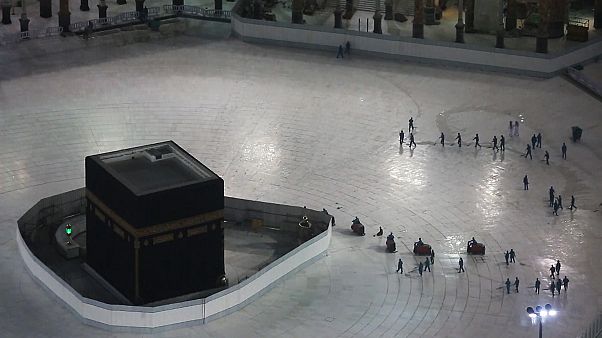 These people put the entire Muslim population who are strictly following and helping the needy in bad light. Because of their stupid acts the entire Muslim population is shown in a bad light which is not the fact. We have great people like Azim Premji, who contributes heavily into philanthropic causes and rises above the religion at one end at a bigger level. At ground zero, Mr. Riaz Sheikh, from Dhule educates local people on the virus and precautions to be taken. People like Riaz should be an inspiration to common Muslims, not the fake maulanas who radicalize, instigate and convert.

At the same time we have Tablighi Jamaat head Maulana Saad and few Maulana’s who are radicalized and unfit to be called as Human or citizen of this country. They should understand that “Virus does not discriminate a religion but behaves too secular while attacking”. Because of these people now the entire process of Lock down and Quarantine has gone for a toss as its very hard to trace back the people who came into their vicinity in a country like India.

Now its just time to pray and request the Virus, to naturally mutate or reduce its potency to save humanity and economy of the world.