by Hindu Media
in Indian, Politics
0

It seems that the top brass in Telangana do not understand the priorities during this COVID pandemic. When hundreds of people are dying in Hyderabad with ever increasing positive cases, especially GHMC area, people are questioning the timing and urgency for new secretariat. It is understandable if the government wants a new secretariat building amidst vaastu or special advises from KCR’s religious peers which is a open truth. But the timing to bulldoze the new building and construct a new building in urgency cannot be justified. This comes at a timing when the state is suffering from fund crunch with lesser tax collections and government employees, retired employees, contract employees had to take a salary cut from 60% to 20% approximately for three consecutive months.

It is an open fact that the pandemic is handled in the worst manner compared to all other states in India irrespective of the party which is ruling it. Its a ground reality that no testings, results and data is accurate in Telangana and many loopholes have emerged all these months. With limited or negligible testing obviously the number of positives will be limited and not highlighted. But on ground the story is completely different with people not getting beds and shabby treatment etc have come into light through social media platforms exposing the well knitted lie. Problem in Telangana is that bulk of mainstream media is controlled by the ruling government and many people have been jailed or made to suffer through multiple cases when any anti party or anti government news had been coverage. Thanks to social media age that many facts have shown the true face and the real picture.

The condition of Osmania general hospital is murkier, shabby and obsolete. Many doctors work in fear working in Osmania. We have seen many incidents earlier of roofs falling, flooding etc in the famous Osmania hospital. It should have been bulldozed first and built a super speciality hospital at that place. Yes it is understandable that it is a heritage building as claimed by some other political parties. But what is the use if the heritage building which is being used as hospital is falling apart and in rotten condition. It is better to raze down and built a new hospital as a salute to the heritage building.

As per the information by many sources, it is understood that CM, KCR had visited only 6 to 7 times to the old secretariat till date. Every one in the political circles inform that he operates mostly from a new swanky official home or his farm house located in the outskirts of Hyderabad. The state is suffering from financial crunch where in most of the state revenues come from service sector, liquor and land registrations. The old secretariat building is being razed to ground immediately after High court orders in a hurry. The same building would have been converted into a makeshift hospital accommodating atleast 20,000 beds. The same people who argue for Osmania hospital should also note that comparably to Osmania hospital building secretariat building is in quite good shape and constructed in modern times. They could have used this as makeshift building for Corona treatment as most of the burden is on Gandhi Hospital and by investing 20 to 30 crores this would have been made into a COVID hospital in urgency. Being in the centre of the city it would have been convenient to many people within the city and also from near by parts. 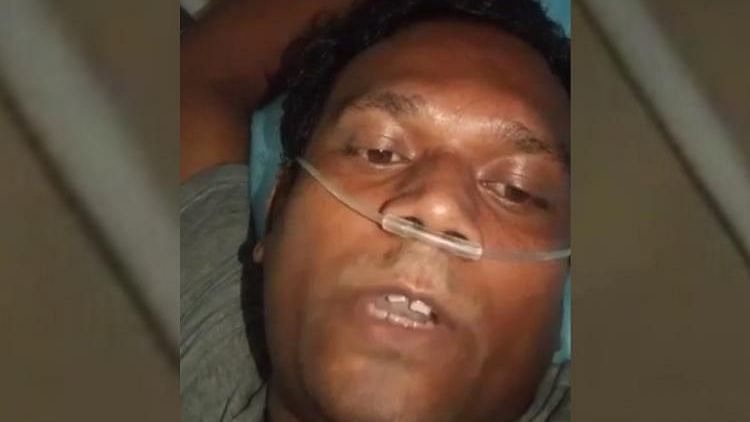 Image of person gone viral explaining the negligence in Telangana

Politics these days have become more of money making machine through new contacts, real estate, capital gains and favours. Seeing to all these drama and urgency shown by state government it is well understood that the nexus of real estate mafia, contractors for secretariat building construction backed y politicians will be the main gainers. Government and Ruling TRS should understand that if they wish to a swanky building as per Vaasthu it is ok, but the timing and urgency is unwarranted.

Ultimately the money to be spent on new secretariat building comes from state treasury and the tax payers money and general public as tax payers do not have the choice to decide what is the priority once they vote. Off late it will considered that this building was constructed on dead bodies of COVID patients and the curse from many sufferers, who happen to be tax payers and their money is being used to build this building at this time. Every time Courts cannot be right or wrong in a decision as they give their ruling based on evidence and sometimes common sense and facts are over sided by available evidence when judgement is passed. This time its the common sense which is crushed under the foot.